Colleen Lloyd’s grandnephew, Jarren Jason Aichele “ J. J.”, was born 8 weeks premature at Kadlec Regional Medical Center on November 22 , 2009, weighing 3 pounds 7 ounces.  He was a patient in the Neonatal Intensive Care Unit for over a month. During that time, Colleen became keenly aware of the importance of having a NICU available when you unexpectedly need it.  Their family was grateful for the highly skilled and loving care administered by the NICU staff and especially Dr. Anthony Hadeed --- Colleen calls him “her hero”.  Since that time, J. J. has grown into a very active, thriving, and thoroughly enjoyable 4-year old!  He loves golf – especially watching The Masters!!   Colleen supported the recent NICU expansion project, and a special room will be named “J.J.’s Place” in honor of her contribution.

Colleen has since become aware of an additional opportunity to sustain the NICU into the future.  As a long-time resident of the Tri-Cities since 1944 she has been involved with many businesses and companies throughout our community, but she had never heard of Three Rivers Community Foundation.  Even though 3RCF was established in 1999, she said we were “the best kept secret in town”.  Colleen realized there was a way to permanently support the NICU by establishing a designated endowment fund through 3RCF.   Colleen has the peace of mind knowing that 3RCF will make an annual distribution from her endowment fund to permanently support the work of the NICU.

Three Rivers Community Foundation provides a variety of methods for donors to establish legacies that will benefit our community in perpetuity.  Colleen is glad that we are a secret to her no more!  She encourages everyone to learn more about 3RCF and consider establishing their own personal legacy – it’s easy, and best of all it’s forever! 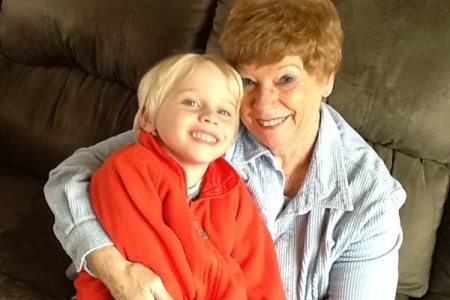